A History of Burning

Humans & other beings: My story, “A History of Burning” is now available in the Summer 2018 issue of Midwestern Gothic. This is a dream pub for realsies. Much like my story, “Must Believe in Ghost” and its appearance in The Normal School, I could hardly imagine a more fitting place for this story than Midwestern Gothic. 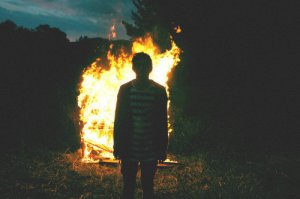 This is the story that won the 2015 Tom Williams Prize in Fiction at the end of my MFA. Judge Kevin Brockmeier admired this story for “its energy, its color, its empathy, and most of all, because nearly every sentence is perfectly tuned to its own intentions.” Despite rejecting it, GC Waldrep praised this story for its “bravura opening” and for “making a wily virtue of telling rather than showing.” Tom Payne said, “Its narrative voice gets me, sailing far above this darkest blue of blue collar worlds with a sharp, historical intelligence.”

For me, this story was written in a single weekend, mostly out of a writer’s block of frustration. It’s also one of the most autobiographical of my stories. About 80% of what’s in this story are true events filtered through the lives of the characters on the page.

Shadow CV: This story was rejected 38 times before it found its home.

I’ve got a strange little story up at Maudlin House today. What started as a silly, pun-filled exercise in wordplay ended up as time-jumping surrealist quest to stop World War I. Check out “Communist Armstrong and the Dadaist Detective Agency“!

At the Speed of Light

If you like tales of people attempting to construct cosmologies that allow them to process grief and guilt, then whoa baby, do I have a story for you. In other words, The Coachella Review has published my story, “At the Speed of Light.”

This started out as the final story for my undergraduate creative writing thesis at the University of Wisconsin–Madison. It evolved and focused through my MFA at New Hampshire, and finally found it’s home. This is also the first solicited work I’ve published, which was a nice process to go through. Many thanks to Coachella‘s fiction editor, Chih Wang, for her help bringing this story to publication.

The Spectrum is LIT

My story, “Spectrum” is up at CHEAP POP today! 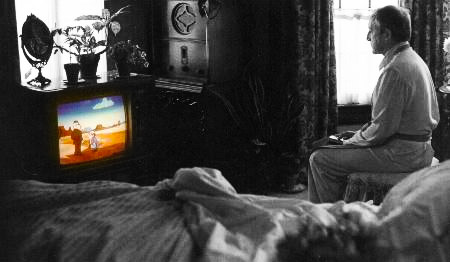 This summer, “Spectrum”, the shortest story I’ve ever written (around 350 words!), which had previously been a semifinalist in Mid-American Review‘s Fineline Competition, will be published by my favorite microfiction venue, CHEAP POP. If you’re not already reading them, get on it!

My story “Must Believe in Ghost” which appeared in the Fall 2016 issue of The Normal School has arrived on their website. 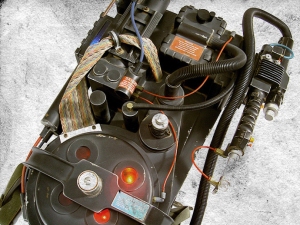 Find out how exactly “human consciousness is a long, sadly ignored, fundamental force in the calculations of quantum mechanics” or see how “even the cobwebs were old, as if the spiders in the house had long run out of insects to eat and had absconded to a more plentiful promised land” and find out what happens when an out-of-work journalist tries not to monetize someone else’s grief.

The semi-finals are different than the final semi.

Good news: My short story collection, And When the Ghost Has Vanished, was a semifinalist for Black Lawrence Press’ The Hudson Prize. So that’s kind of a big deal.

The collection, which is comprised mostly of my MFA thesis stories, also includes “Must Believe in Ghost” which is being published by The Normal School in their fall issue. (You still have time to subscribe before it’s out!)

After a long slog of rejections (though, some very positive) it felt very nice to know I’m up to something good.

In the meantime, I’m going back to teaching composition (and joining the “long line” toward teaching creative writing courses) and expanding my book design work into independent and literary presses.

A reminder! My story, “Must Believe in Ghost” will be appearing in the spring issue of The Normal School. If you want to read it (YOU DO YOU DO YOU MAY NOT KNOW IT BUT YOU DO) you should order a subscription now!

It’s only like $12 a year. CHUMP CHANGE! Flaunt your affluence! Make it rain! Then, when April or May rolls around and I’m all getting in your grill to go buy my issue, you can be all, hey man, I’ve already been grooving on these sweet, sweet narratives!

Also, the cover of the first issue of Outlook Springs (for which I am the fiction editor!) has been leaked and the issue will be out on April 15th. You can get your hands on a copy (or a subscription!) here. 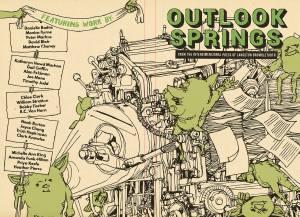 Oh, and we’ve opened submissions for the next issue, so transmit us your wordwork!

Our first reading period has officially closed and we’re nearing our final line-up for our first issue, which we’ll be announcing soon. In preparation for this momentous event, we’re fundraising to supplement our costs—printing, website, Submittable, paying writers!

Skip the lines and pre-order the first issue!

Our mission is simple: we want to publish the best fiction, poetry, and non-fiction from all nooks and crannies of Space/Time. Readers and writers alike will shape the mythology and history of the town by voting in town elections, writing news stories, submitting patents for various inter-dimensional inventions, et cetera. 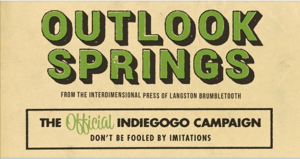 The perks are perky!

One of the perks of our Indiegogo Campaign is as simple as pre-ordering the inaugural issue.

There’s a ton of other stuff: stickers, t-shirts, movie posters from Outlook Springs-only films, like Moon Tuba. There’s a special Mystery Box from our Mayor, Judy Hernandez, who is in no way a cat. You can also buy a crooked politician or a local business. 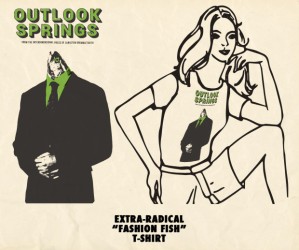 Be the most fashion-forward of your lit clique!

Right now, we’re running a raffle to win a FREE Fashion Fish T-shirt or a Buried in Books T-shirt: find us on Facebook and share this post for a chance to win. (No purchase necessary! Valid in all contiguous dimensions!)

State of the Read

About a decade ago, I worked third-shift as a communication assistant at a relay center for the deaf, which meant that I mostly got paid to read books and watch television on my girlfriend-now-wife’s laptop because with the exception of awkward live phone sex internet radio shows and pranksters singing Grease songs, the deaf don’t make a lot of late night calls. Thus, I read something like 60 books that year and was very proud.

So when I saw that I’d only read 27 books this year, I was disappointed. But I made excuses! I was finishing my last year of grad school! I had so much other reading to do! Oh yes, other reading.

Of those twenty-seven books, six I read twice for a form & technique class. One of those I read four times (Claire Vaye Watkins’ Battleborn— 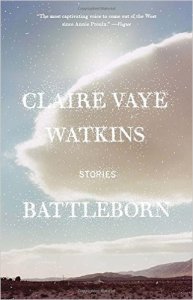 probably best book I read this year.) That brings us up to 36 books.

I listened to The Martian on road trips twice, so that makes 37.

Another 175 stories for Outlook Springs, (whose line-up for our first issue is looking amazing) so that’s another 8 books. 57.

An average of two stories per week for 30 weeks in workshop, each read twice. That’s another 6 books. 63.

And I can’t even begin to quantify the random stories I read this year, here and there, in journals and magazines I subscribe to. And hell, I took a class about The New Yorker with Nicholson Baker and read large swaths of that magazine’s history.

And my own thesis, nine stories I read at least a dozen times a piece. Should I tack on another twelve books for that?

I think, what I’m getting at, is that the feeling I had that year when I read sixty books is a feeling that I’ve strived to replicate in my life—to be surrounded and infused by literature—and that I think I’ve done, with this incalculable sea of words in which I now swim. Only now, my interruptions aren’t deaf people calling technical support in Indonesia.